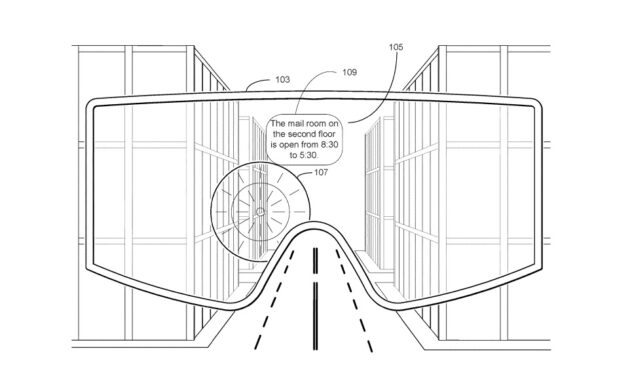 “Efficient package delivery is one of the keystones of Amazon’s retailing business, and a newly issued patent opens up a new frontier in efficiency: augmented reality.”

“The company is joining firms like SpaceX and OneWeb who all want to send huge numbers of satellites into low Earth orbit to connect underserved areas with broadband. How it works: The plan, dubbed “Project Kuiper,” will send satellites up into orbit at three different altitudes.”

Amazon has an algorithm that designs clothes by replicating human creativity by https://is.gd/8L1w9m

At its core, Amazon’s goal is to remove as much friction as possible from a customer finding what they want, ordering it, and having it land on their doorstep. Its ambitions started with books, but have since extended to just about every other category, including clothes.

MIT Technology Review reports that a team at the e-commerce company, working at a San Francisco research center, has devised an algorithm that analyzes images to learn about specific styles of clothing. It then creates similar new items from scratch.

The cloud wars explained: Amazon is dominating, but Microsoft and Google are striking back by https://is.gd/POqSMl Amazon’s cloud service is its most profitable unit. Microsoft has pegged its future to its cloud computing businesses, leading to a very enthusiastic response from Wall Street.

Google, too, is betting big on cloud computing as something that could be bigger than its advertising business.

What exactly are these companies selling? Who’s buying it? And why is one company that wasn’t even in enterprise technology a decade ago — Amazon — beating the pants off everyone else?

What your company can learn from Google’s Area 120 model by https://is.gd/L1fBS0 Big companies are too slow, too disorganized and too stuck under the weight of outdated playbooks and bad habits to benefit from opportunities to innovate.

That’s the picture the latest report by accelerator 500 Startups paints after surveying over 100 corporate executives that oversee innovation, including collaborating or investing in startups.

What do Indians do on the internet? by https://is.gd/rT6PJw

What you need to know about the privacy of the new smart camera Amazon wants you to put in your bedroom by https://is.gd/rTqna4 Amazon’s newest version of its Echo smart-home device, the Look, boasts a built-in video camera that can capture your outfits and provide fashion recommendations.

That’s a big step toward a lifestyle of the future.

But it also creates some important privacy issues that are worth keeping in mind if you’re considering buying the $199 Echo Look.

Amazon blazes a trail to the next frontier in AI: the cloud by https://is.gd/yeBYNP

Newcomers  are not always the happiest guy…. This because not often there is not  much room left by the first-comers that usually had the “good idea” and  consequently became the market leaders.

But sometimes things go differently. This is the case of low-cost tablet market where a  big number of semi-unknown producers from Asia have been able to create good products at a very affordable price.

If you google “tablet”  and visit some specialised, B2C, websites you can find some interesting  products. Obviously I’m not talking about the top of the production and you will not find any top level tablet but you could be interested to some of them if you consider their prices.

The middle level market wasn’t considered interesting by big players till now. But the  potential  increase of demand in this segment has changed the scenario.

Tablets are very common devices and today many of us could be interested to have a second or third device to avoid the matter of carrying our expensive, branded tablet everywhere. Personally I am not planning to buy a second “branded” tablet to increase my comfort when in remote places but I could really consider to buy a second, not the top, device if it is really cheap. I am sure it will be a little be slower and less performant than the one I use every day but what does it matter if its price will be just a fraction of my main tablet?

For above marketing reasons Amazon is planning to sell a low-cost 50 USD tablet before the end of the year.

On one end the attended success of this marketing strategy could be read as another way to chain its customers to the brand. On the other end low-cost tablets represent a real remunerative economic niche that worths a good slice of the market (and consequently a lot of money).

Moreover the tablet market starts to be “mature” and this niche could be one of the last ones before the decline. Moreover Ubuntu is coming…

In fact Ubuntu is actively working on a new generation of tablets that will run a native version of Linux. The tablet devices we are using today have enough power to smoothly run some of the main common Linux OS and overcome the main problems that were registered when some “primitive” Linux tablets were launched some years ago.

For this reason Linux enthusiasts like me hope in something new… and useful in the near future. Cross your fingers!